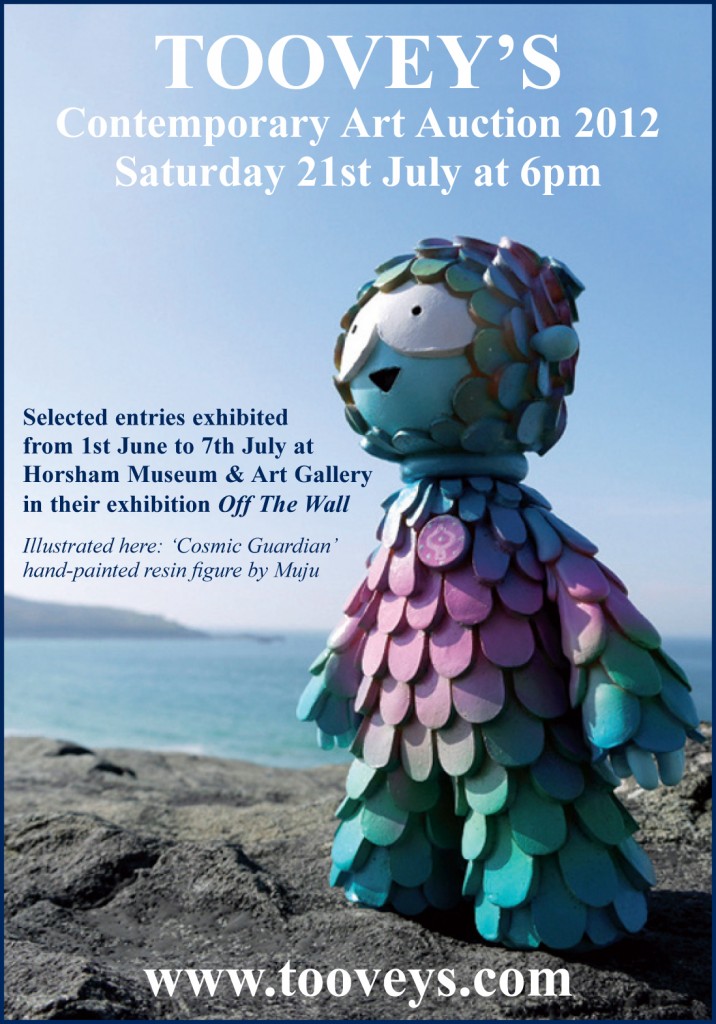 “We saw this at Frankfurt; we never expected to see it at Horsham!” was one such exclamation from a delighted visitor last Saturday after the successful launch of ‘Matisse: Drawing with Scissors’―the new month long exhibition at Horsham Museum & Art Gallery. Thanks to support from Toovey’s auctioneers and in association with Horsham District Arts, the Museum should be hearing further exclamations of delight as this summer sees a showcase of truly great and remarkable art.

From May to mid-September Horsham Museum and Art Gallery has pulled together a fantastic exhibition programme. After a year of discussions and networking, using the connections brought together by Horsham District Arts working with Toovey’s and University of Chichester Bishop Otter Gallery,  the public have the chance to see great contemporary art with a focus on British art of the 20th and 21st centuries.

Following on from the riot of colours and shapes that is the Matisse exhibition, the Museum hosts ‘Off The Wall’ where 50 artists and craftspeople display their finest work in a preview show for the best Contemporary Arts Auction to be held in the South East. Using his contacts and a great deal of persuasion Nicholas Toovey has curated an exciting showcase, which Horsham Museum & Art Gallery is delighted to host. With artists of the calibre of Chris Kettle, Christine Tongue, Eve Shepherd and Muju, we know the public will value the opportunity to see, debate and be inspired by this fantastic collection, and perhaps dip their toes in the Contemporary Art market. With 150 works on display it will be an exciting and rewarding time. Some may even decide to bid for a work at the auction on the 21st July and take it ‘Off The Wall’ and home to their own interior.

From July to September the Museum & Art Gallery has engineered a once in a lifetime opportunity to see name-dropping art that for many a year has lain awaiting discovery by art lovers. Works by Henry Moore, Jacob Epstein, Paul Nash, Stanley Spencer, Ivon Hitchens and other great artists will be on show at Horsham Museum. The exhibition ‘A Summer of Great British Art’ is only possible because The University of Chichester Otter Gallery is closing this summer for refurbishment and Toovey’s Auction House has generously helped support this exhibition.