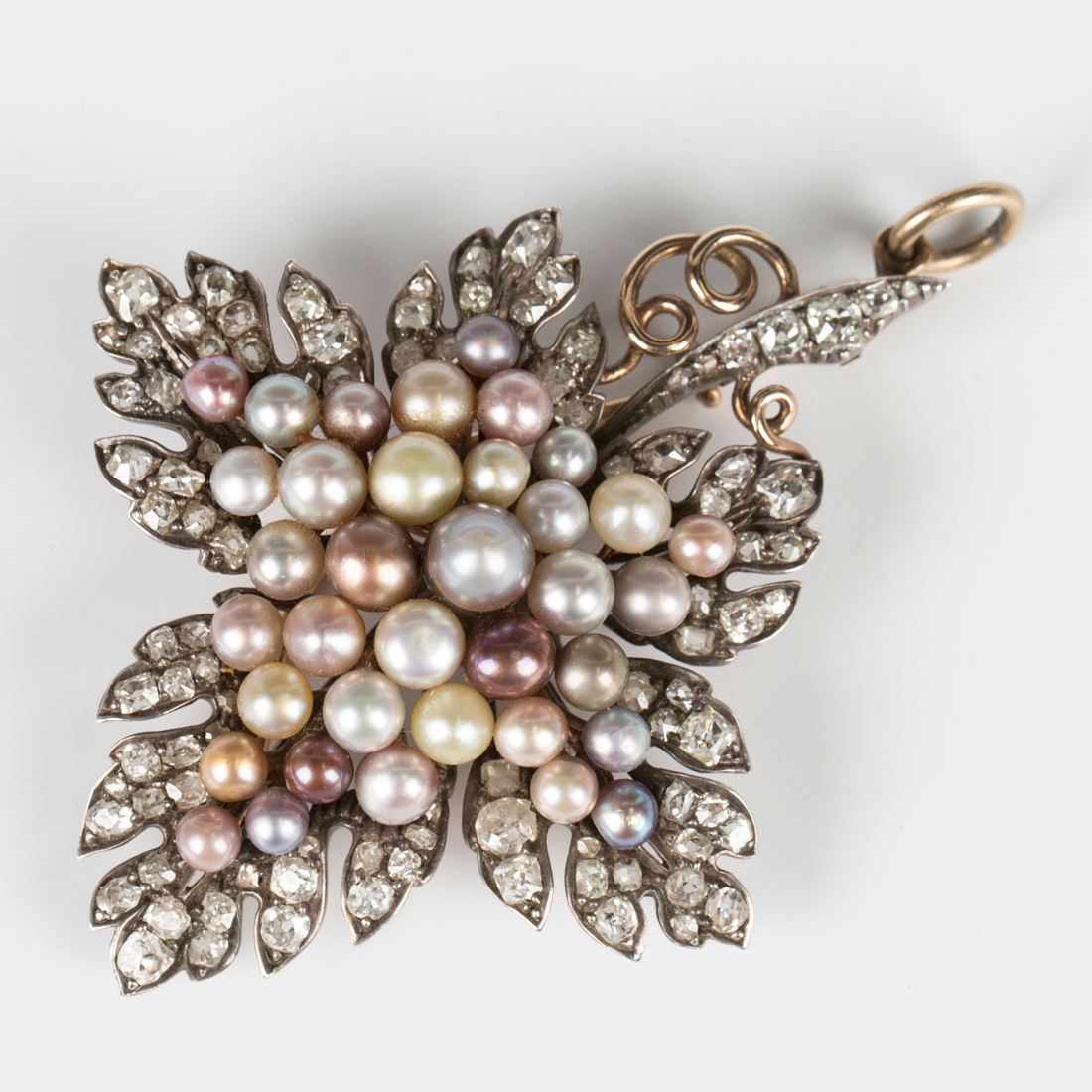 This week we celebrated Valentine’s Day and thoughts will have turned to jewellery as an expression of love.

Amongst current must have jewels are brooches. Over many years brooches fell from fashion but in recent times they have enjoyed a remarkable revival with rising demand and prices.

All the brooches here were sold at Toovey’s and entries are still being accepted for the next sale of fine jewellery on 16th March 2022.

My favourite of all the brooches I have seen in recent times was the beautifully contrived varicoloured, naturalistic pearl and diamond vine leaf spray brooch which made £4200. Pearls and half pearls became highly prized for their delicate sheen which perfectly suited the pale colours and the soft silks of the dresses of the 1890s. The fashion for pearls was widespread across Europe and women wore brooches with pearls and sprays of diamonds in various designs.

In the second half of the 19th century the jewellery industry flourished in England. Queen Victoria became an important influence on fashion. Her jewels, in particular, were carefully copied by the Court and broader Victorian society. Intimate, sentimental jewellery was greatly favoured and worn in abundance. 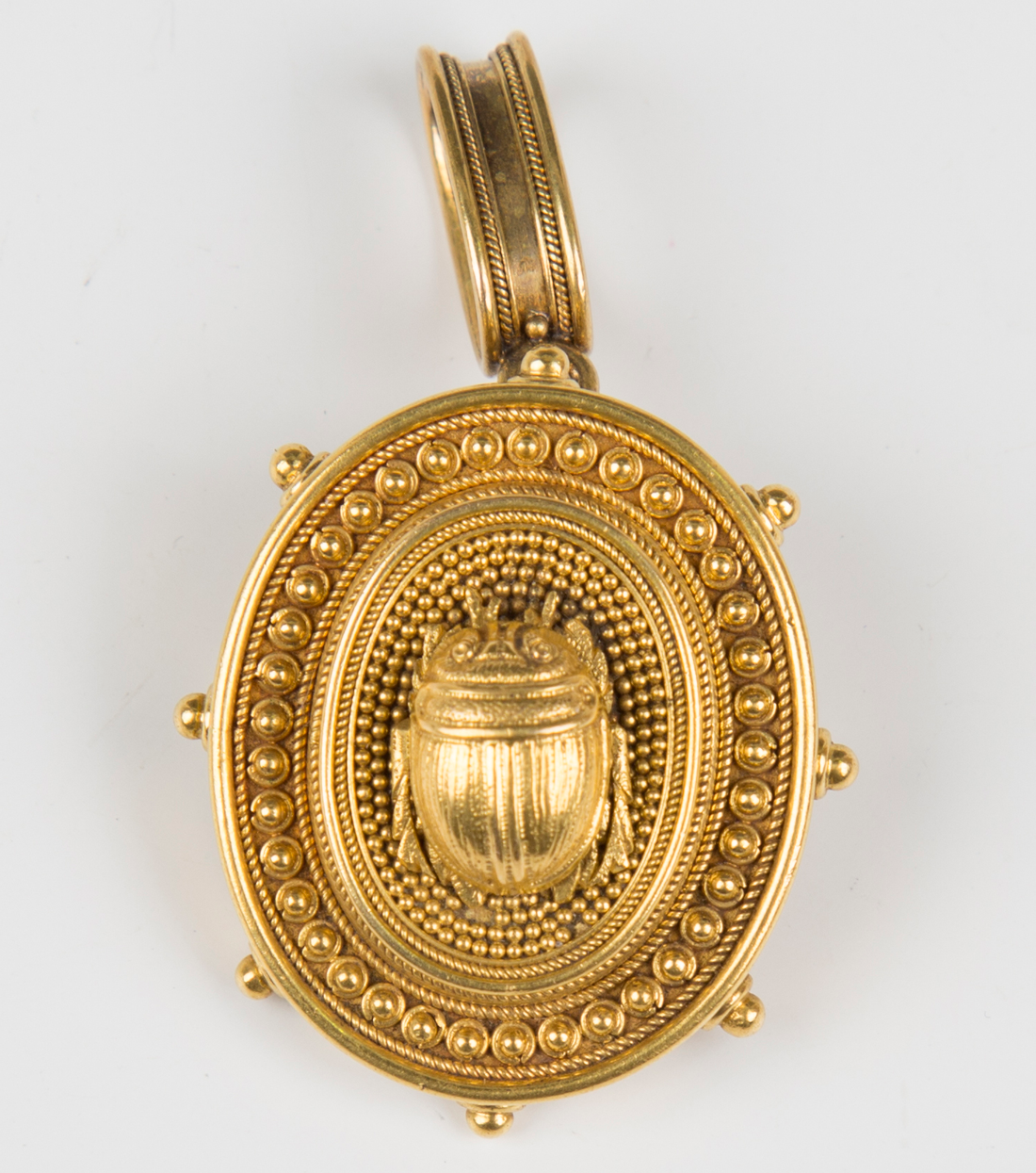 From the 1860s through to the 1880s the fashion for Greek, Etruscan, and Egyptian art influenced jewellery production not only in shape but also in design. Engraving and tracing disappeared in favour of contrasts between shiny and matt surfaces encrusted with filigree and granulation as can be seen in the decoration of the oval, gold brooch with its central scarab beetle motif in the Egyptian taste. It realised £1300. 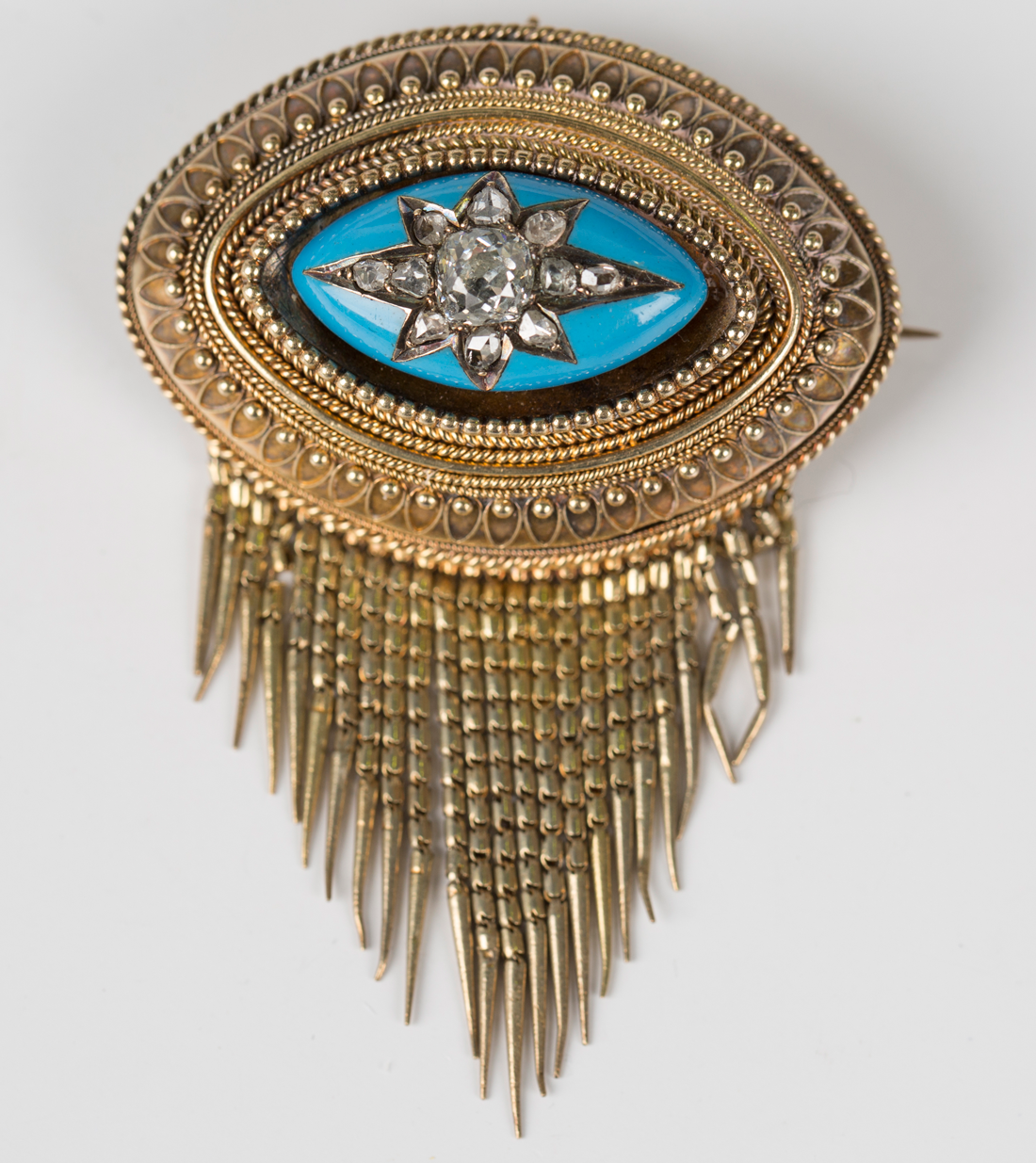 From the 1860s stars were amongst the most common decorative motifs. Many lockets, brooches and bracelets had a pearl, diamond or enamel star at their centre as can be seen in the classical revival turquoise enamel and diamond set brooch which fetched £2400. 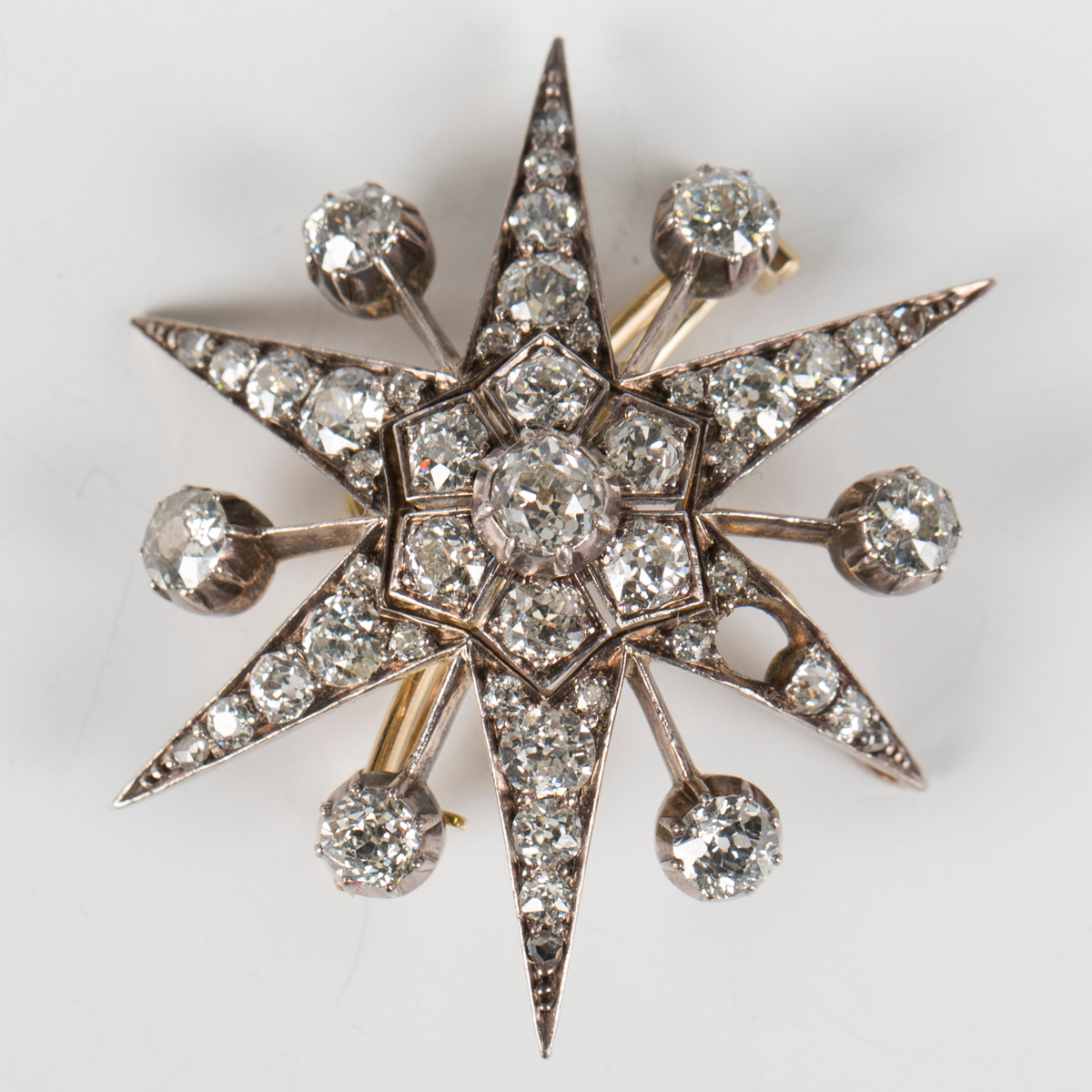 In the 1890s ladies’ fashion changed and sought to enhance rather than alter a woman’s natural figure. This new fashion brought with it yards of flimsy materials such as laces and tulle, draped and ruched on the bodice. Jewellery, and brooches in particular, had to adapt to the new fashion and became lighter and smaller as a result. Small, light, diamond set star brooches appeared in large numbers to decorate the bodices of fashionable women like the one seen here which sold for £2400.

Brooches are again at the height of fashion and jewellery is a booming area for collectors, and of course remains an expression of love at Valentines.