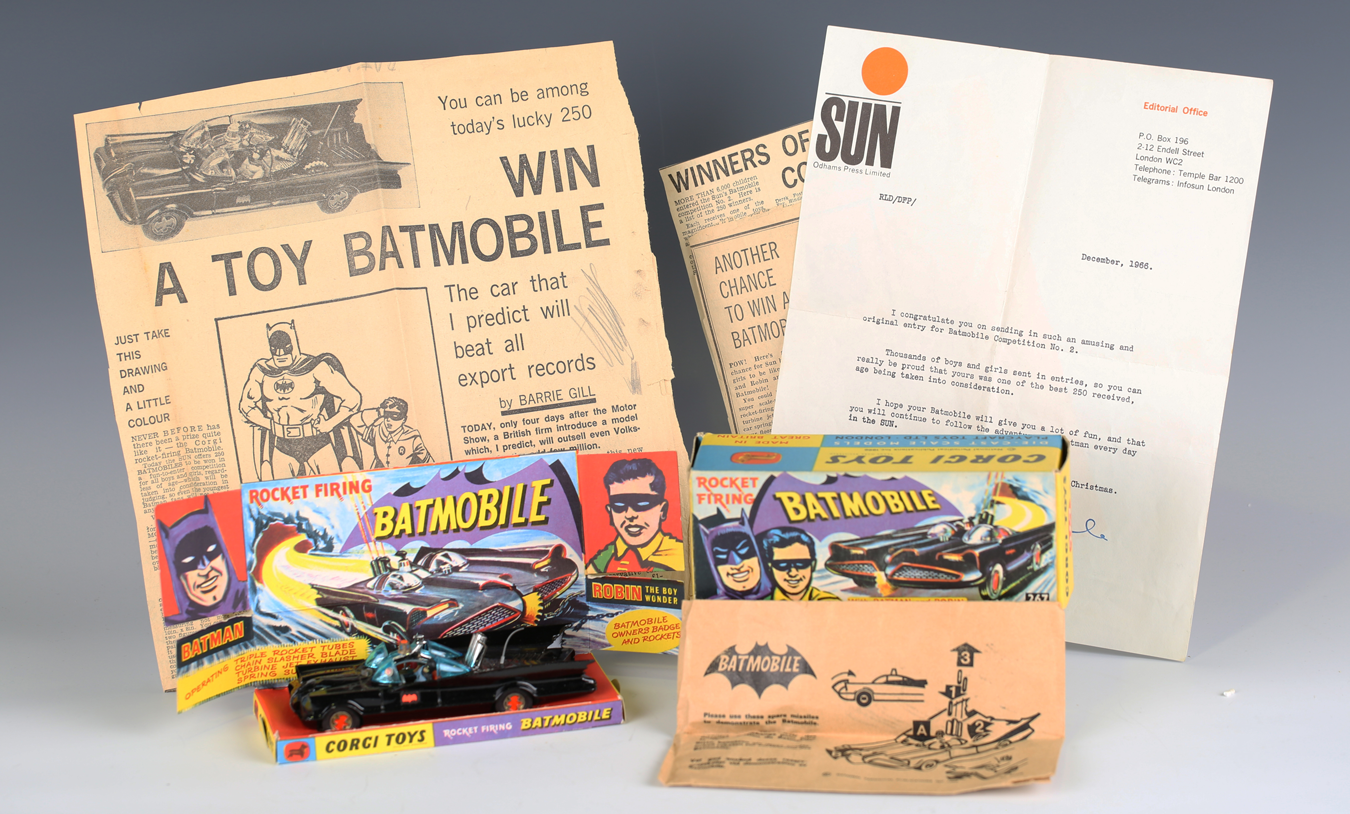 Batman is amongst the most iconic TV generation characters. I grew up with the 1960s Batman with its wonderfully camp ‘Kerpow’ aesthetic.

Batman formed part of the DC Comics stable with Batman receiving his own publication in 1940. The character developed a strong moral compass and sense of justice. Batman employs his intellect, fighting skills and wealth to defeat the criminals of Gotham City.

In the 1960s version the Caped Crusader, Bruce Wayne, alias Batman is played by Adam West who is accompanied by Burt Ward as the Boy Wonder, Robin, as well as his faithful butler Alfred and Commissioner Gordon.

Batman and Robin battle their arch enemies Joker, Riddler, Penguin and Cat Girl. Each episode featured a showdown. In the fantastically choreographed fight scenes each punch was wittily punctuated with a Kerpow, Biff or a Bam in jagged speech bubbles, just like a comic, as the duo defeated a procession of baddies. And the catch phrases were wonderful “Holy Hallucination Batman!”, “Good thinking Boy Wonder!” The whole cast seemed to be having such fun.

The Batcave was filled with technology and the extraordinary jet propelled Batmobile. The Batmobile was based on an Italian designed 1955 Lincoln Futura with rocket launchers, front blade, Batphone, Bat-Ray projector and automatic tyre inflating system.

The 1960s aesthetic appeals to today’s collectors as it did to us as boys. The first Corgi Batmobile was produced at their Swansea factory in 1966. The example illustrated here has just fetched £900 at Toovey’s.

The gloss black No. 267 Batmobile with Batman and Robin figures features bat logo on the doors and hubs, silver front blade and red exhaust flame which moves in and out as the car moves along-so exciting! Mint and boxed with diorama, yellow rockets, envelope, operation instructions, detail sheet, printed spare missile envelope and card insert for diorama it also came with a letter and newspaper cuttings announcing to the seller that he had won the prize of the Sun newspaper’s Batman Competition.

In the same sale were a collection of A&BC Bubblegum Batman cards, with a shop box. Although they had tears and corner scuffs they realised £600.

The new Batman movie returns to the darker aesthetic of the original Batman comics. Batman, played by Robert Pattinson, battles Paul Dano as The Riddler, a sadistic serial killer, who begins murdering key political figures in Gotham City. Batman is forced to investigate the city’s hidden corruption and question his family’s involvement.