Last week I once again found myself in Oxford on a grey and blustery morning. Over recent years I have organised an annual conference for professionals from the art and antiques industry. Education has always seemed to me to be the most effective way to raise standards in any field and Oxford has provided the perfect platform.

The 2013 Oxford Art & Antiques Continuing Professional Development Conference saw the launch of new valuation standards, contracts and valuation templates. I wrote them with assistance from Paul Britton in response to the Royal Institution of Chartered Surveyors (RICS) Red Book and Valuer Registration Scheme. The RICS Red Book defines methods of valuation for things as diverse as a building or a Ming vase. The documents we prepared are designed to frame a process which will help to ensure best practice in the working method of UK Chartered Surveyors, Valuers and Auctioneers working in the specialist field of art and antiques. I am delighted that these templates have been broadly adopted by the profession.

However framing and promoting best practice in working method is only part of the mixture of skills for the art professional. Each conference also seeks to explore different specialist fields of objects.

In 2013 Dr Jon Whiteley, the then Senior Assistant Keeper of the Ashmolean Museum’s Western Art department, delivered an outstanding lecture.

He argued that at the beginning of the 19th Century there was a shift of interest from the Old Masters towards a new interest in the work of contemporary artists. In Germany, France and England, the idea of supporting living artists translated into the belief that art itself should be of its own time and should eschew the conventions and handed down ideas then prevalent in the art schools. The belief that art should be if its own time turned into a conviction that it should also represent its own time. Art, like the novel, became a medium for bringing light to bear upon contemporary issues. And yet, nothing comes from nothing. Throughout Europe, the artists who promoted modernity mostly did so by turning back to the art of the past in order to find a model for representing their own times. It was only in the later nineteenth-century that the idea took hold that modern art should be fundamentally different from the art of the past and this led to a kind of modernism that had little in common with modernism in its origin. The talk included artists and schools like Ingres, Courbet, Manet and the Pre-Raphaelites. His views are extremely topical as reassessment of representational art especially from the 18th and 19th centuries is overdue.

As I left by train I was reminded of the words of the poet Winifred M. Letts from ‘The Spires of Oxford (Seen from the Train)’ where, in 1917, she wrote:

The 2014 Oxford Art & Antiques Continuing Professional Development Conference will be based at the Ashmolean Museum, Oxford and is being supported by the professional bodies, SOFAA and NAVA. Lectures will include how to managing projects by the Revd. Canon Ian Gibson, Worcester Porcelain and the Henry Rissik Marshall Collection by leading the authority on Worcester Dinah Reynolds, and East meets West by Dr Clare Pollard, the Head of the Ashmolean Museum’s Japanese Department. Other sessions will include behind the scenes tours of the Ashmolean’s collections and a visit to William Morris’ Kelmscott Manor. To find out more about Rupert’s work in professional development go to www.oxfordconferences.org.

By Revd. Rupert Toovey. Originally published on 14th May 2014 in the West Sussex Gazette. 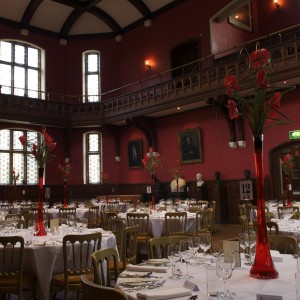 Rupert Toovey recently launched www.oxfordconferences.org offering Continuing Professional Development Conferences to the Art and Antiques Professional. The 2013 Conference follows on from the success of the inaugural conference last year and is exclusive to members of the trade. The Art and Antique CPD Conference will be held on the 13th and 14th September, further information on this year’s event can be found here. Bookings can be made online.

Private individuals or members of other related trades may have the opportunity of attending future conferences so it is recommended to sign up to their newsletter on www.oxfordconferences.org for future updates. Alternatively you can follow them on Twitter or Facebook.